create a site for free

IMMERSIVE CINEMA: BEHIND THE SCENES

Luke Cresswell and Steve McNicholas share creative credits on each of their film productions, with David Marks as produce and Mike Roberts is sound recorder/mixer extraordinaire on all their film work. Key collaborators are described below... 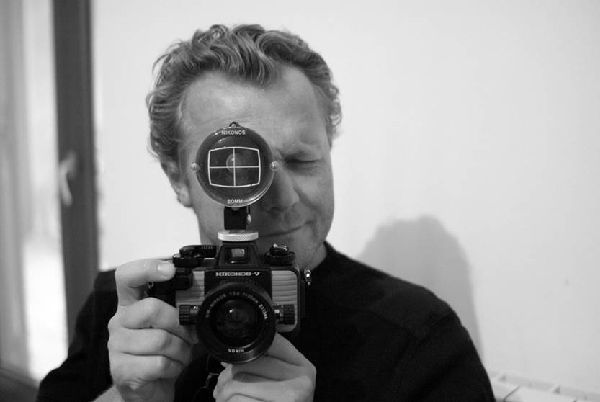 Luke received an Oscar nomination for the film Brooms, an Emmy nomination for STOMP OUT LOUD and co- directed the award-winning large-format films, Pulse: a STOMP Odyssey, Wild Ocean and The Last Reef: Cities Beneath The Sea. He has also received a Special Achievement Award from the Chicago Human Rhythm Project. More recently he and Steve McNicholas created the Lost and Found Orchestra, which explores found sound on an orchestral level.

A self-taught percussionist from Brighton, UK, his session work as a drummer and rhythm programmer includes Beats International, Bette Midler, Elvis Costello and Bryan Ferry. After working for several years as a street musician and performer, he created STOMP in 1991. His work as a performer in STOMP includes the Oscars, the Emmys and Quincy Jones’ album, Q’s Jook Joint. He has directed, with Steve McNicholas, several award-winning commercials and short films. 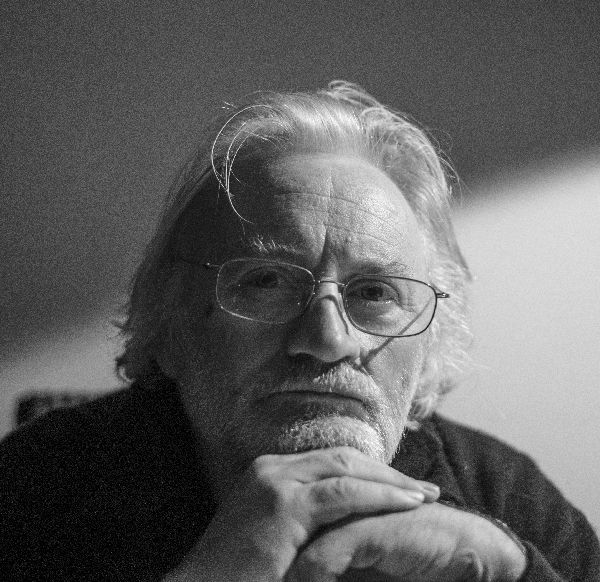 Steve shares directorial credits with Luke Cresswell on STOMP based films and commercials and their new show, the Lost and Found Orchestra. With Luke Cresswell, he composed the soundtrack to the Showtime movie, Riot, and shares the Oscar and Emmy nominations for his work on Brooms and STOMP OUT LOUD and co-directed the award winning large-format films, Pulse: a STOMP Odyssey, Wild Ocean and The Last Reef: Cities Beneath The Sea.

From Yorkshire in the UK, Steve has worked as an actor, singer, musician and writer with various theatrical and musical groups, starting out with the Bradford Theatre Group in 1973. Through the eighties he worked with Cliff Hanger, Covent Garden Community Theatre and Pookiesnackenburger. Despite also being an original member of the a cappella group, the Flying Pickets, and a cameo appearance in Mr. Bean, he no longer performs, unlike Luke… 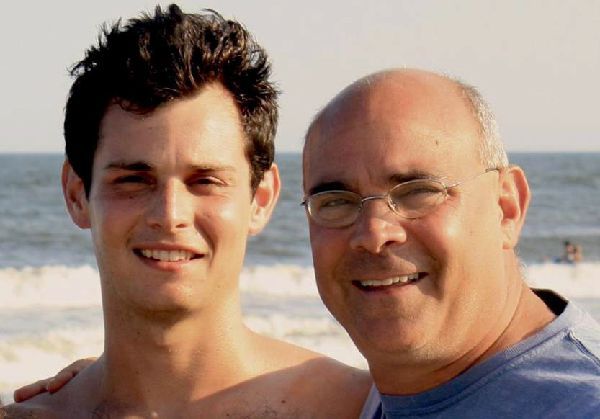 David Marks has been working in the film and television industry for more than 20 years. David brings a comprehensive knowledge of filmmaking, managing, budgeting, scheduling, production logistics, people skills and common sense to the projects he produces. In addition to Great White Shark, he has produced several long- format projects including the highly successful and award-winning HBO special, STOMP OUT LOUD, featuring STOMP, the internationally renowned rhythm and percussive performance group and the large-format film, Pulse: a STOMP Odyssey, directed by the creators of STOMP.

He also produced the 40-minute documentary, Sweet Science, exploring World Heavyweight Champion boxer Roy Jones Jr. as he trained to move up from Light Heavyweight to Heavyweight; the giant-screen film, Wild Ocean, a large-format 3D underwater film capturing a marine phenomenon off the coast of South Africa; and The Last Reef: Cities Beneath The Sea, a large-format 3D underwater film exploring and celebrating coral reefs. David continues to be involved in the development and production of film related projects at Yes/No Productions. 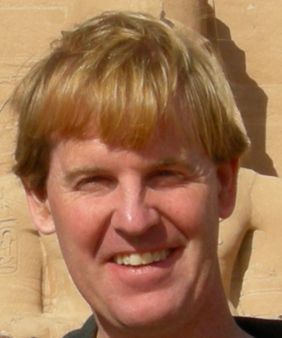 Don is president and co-founder of Giant Screen Films, which specializes in the production and distribution of giant-screen/IMAX® films and feature documentaries. His first film release, which he produced and co- directed, was the inspirational giant-screen film Michael Jordan to the Max. He also produced the critically acclaimed large-format film Pulse: a STOMP Odyssey, and Wild Ocean, which was selected by the Earthwatch Institute as its Film of the Year in 2009.

In 2010 Don produced and released the highly successful Tornado Alley. His other producing credits include Mummies: Secrets of the Pharaohs, Dinosaurs Alive!, Waking the T. Rex: The Story of Sue, The Last Reef: Cities Beneath The Sea and Titans of the Ice Age. Don also served as executive producer on the acclaimed political documentary So Goes the Nation.

Don founded Giant Screen Films with a mission to bring enriching and impactful theatrical experiences to audiences worldwide. A former history teacher, Don’s decision to devote his career to educational documentary film production was a natural one. In 2009, he founded D3D Cinema, a sister company of GSF that is dedicated to digital 3D theater integration and film production. Don received a B.A. in history from Dartmouth College and an M.B.A. in marketing and entrepreneurship from the University of Chicago’s Graduate School of Business. Don and his family live in the Chicago area. 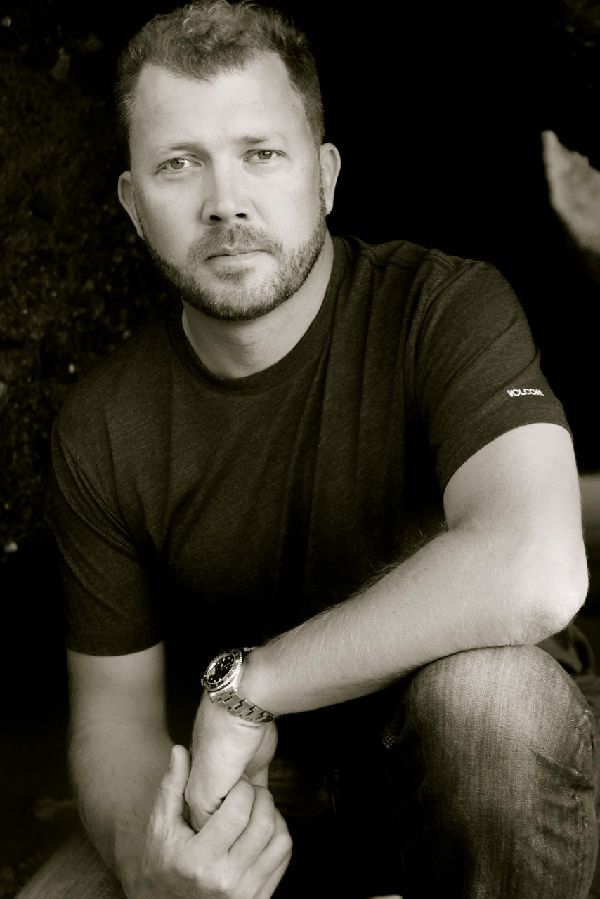 D.J. is a Producer and the Director of Photography for Great White Shark. Whether filming in the Atlas Mountains of Morocco on an expedition, cave diving in the jungles of the Yucatan, under the sea ice in Antarctica, filming great whites in South Africa, shooting a Hollywood film alongside James Cameron, or a U2 3D concert with 200,000 people in a stadium, D.J. has done it all.

As founder of production company Liquid Pictures 3D, he has been both producer and director of photography on numerous movies and TV shows for National Geographic, NOVA/PBS, CNN, ABC, CBS, NBC, Discovery Channel and History Channel among others. He has won the Cine Golden Eagle Award, been nominated for two Emmy Awards and received the KODAK vision award for imagination and leadership in filmmaking.

D.J. doesn’t just shoot with cameras in extreme underwater environments. He designs the cameras, too. Wired magazine did a feature on the ground-breaking 3D Digital Cinema Camera System he designed and built, which can capture extra close-up underwater 3D imagery like no other camera in the world. His work is focused on creating and filming amazing stories using cutting edge technology to entertain and hopefully inspire people to care about the planet.

Mike works as sound supervisor on all STOMP productions and Yes/No Productions film and TV work worldwide. He received an Emmy nomination for STOMP OUT LOUD and, along with Brian, won the GSCA awards for Best Sound for Pulse: a STOMP Odyssey and Best Sound Design for Wild Ocean and The Last Reef: Cities Beneath The Sea. 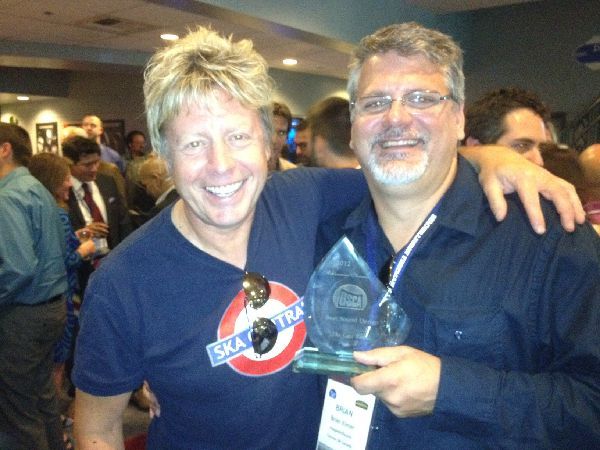 A sound designer and supervising sound editor, Brian has been creating soundtracks for all genres of motion picture films for over 20 years and has been involved in creating soundtracks for large-format films for over 12 years. His large- format credits include Titans of the Ice Age, The Last Reef: Cities Beneath The Sea, Wild Ocean, Dinosaurs Alive!, Bugs, India: Kingdom of the Tiger, Pulse: a STOMP Odyssey, Santa vs. The Snowman 3D, The Human Body and Michael Jordan to the Max, to name a few. Brian’s contribution to the large-format community has been recognized twice by the Motion Picture Sound Editors in Los Angeles with a Golden Reel Award for Best Sound Editing in a special venue film for The Human Body and Santa vs. The Snowman 3D. Brian also has shared the GSCA Best Sound Award with Mike Roberts for Pulse: a STOMP Odyssey, and has twice won the GSCA Achievement Award for Best Sound Design for Wild Ocean, and The Last Reef: Cities Beneath The Sea.

Brian recently completed the sound design and mix on a planetarium film for National Geographic called Wildest Weather in the Solar System. Brian is a member of the GSCA, and Academy of Canadian Cinema and Television. 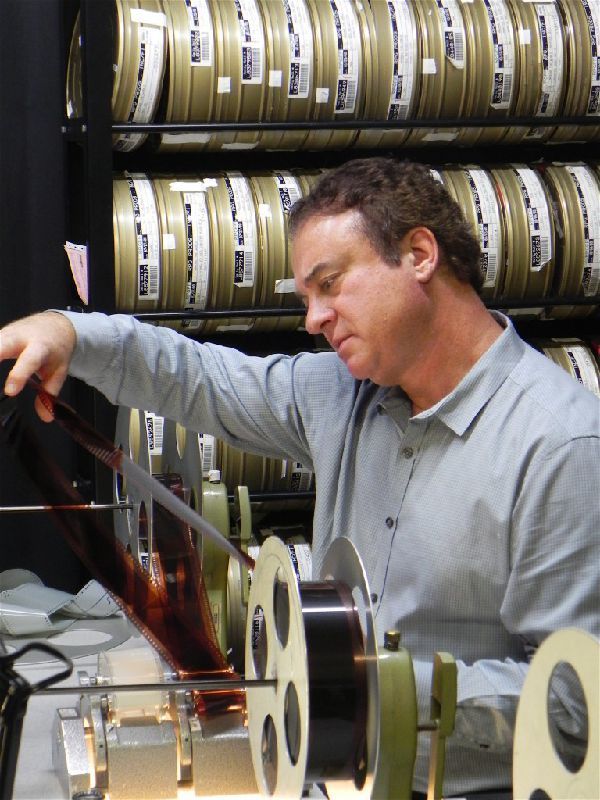 Feature length giant screen credits include Disney’s Beauty and The Beast, The Lion King, and Treasure Planet, National Geographic’s The Wildest Dream: The Conquest of Everest, and U2-3D (concert film), and Studio Canal’s Fly Me To The Moon, and Around the World in Fifty Years.

The Old Market,
11a Upper Market Street
Brighton and Hove, BN3 1AS
UK